George Mitchell was the surgeon-superintendent on the 1850 voyage of the Emigrant. After attending to patients day and night for the duration of the voyage, he fell ill with typhus as the barque entered Moreton Bay. Dr Mitchell struggled with the illness for about 6 weeks, dying at the quarantine ground on 19 August 1850. He is buried in the Dunwich cemetery on Stradbroke Island. Below is a brief timeline of his life.

Dr Patrick Walsh Mallon was an Irish-born doctor who had moved to Brisbane from Maitland in early 1849. He was recently widowed and had two small children when he came to Moreton Bay. When the Emigrant arrived and it became clear that her surgeon-superintendent was too ill to attend to the patients in quarantine, Dr Mallon volunteered to assist him. He fell ill within days of arriving at the quarantine station and Dr Ballow came to his aid. Dr Mallon recovered quickly and worked side-by-side with Dr Ballow until Ballow's death, after which time he managed the quarantine hospital alone. He was in the quarantine station for the entire period of quarantine. After the ordeal was over, a warm letter of thanks by the immigrants, along with Dr Mallon's heartfelt response, was published in the Moreton Bay Courier.
Below is a  timeline of his life:

Dr David Keith Ballow was the Acting Health Officer for Moreton Bay when the Emigrant arrived in 1850. He boarded the vessel on 10 August and received Dr Mitchell's grim report about the typhus outbreak, and recommended that the barque be diverted to the quarantine station at Dunwich. With Captain Wickham's help, Dr Ballow arranged for Dr Mallon to take over care of the patients from the ship's surgeon, who by then was stricken with typhus. When Dr Mallon fell ill a few days later, no other doctor in Moreton Bay was willing to come to his aid. Dr Ballow reluctantly stepped in to help. He took up his post at Dunwich on 23 or 24 August (different accounts give different dates) and took charge of the station.  Dr Mallon recovered quickly from the illness and the pair worked together until Dr Ballow fell ill in late September. Dr Ballow's decline was swift. He died from typhus on 29 September, 1850, and is buried beside Dr Mitchell in the historic cemetery at Dunwich.

Scottish-born Dr Ballow was an important pioneer of Brisbane. He had come to Moreton Bay as Assistant Colonial Surgeon when it was a convict settlement, and stayed on when the penal establishment closed in 1842. He was the first resident surgeon of the Moreton Bay General Hospital and was a significant contributor to Brisbane, being involved in medicine, the Justice system, education, horticulture, the arts and the church. Below is a brief timeline. 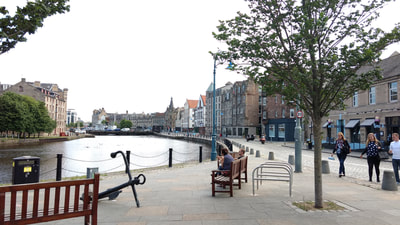 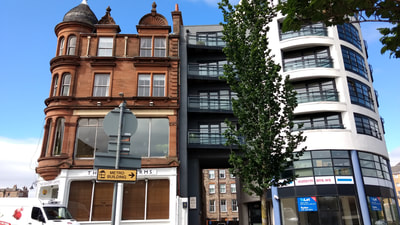 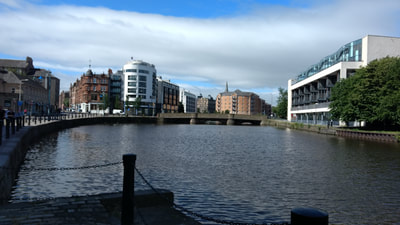 Views of The Shore, Leith (where Dr Ballow spent his childhood) in 2017. The Ballow family lived in number 80. The building no longer exists but may have stood where the white apartment block in the two right images stands today.

English-born Dr Frederick James Barton was living in Sydney when he agreed to assist Dr Mallon at the Quarantine Station at Dunwich after Dr Ballow's death. By the time he arrived, however, the disease had all but died out and the quarantine period was almost at an end. Dr Barton was only 25 years old - the same age as the late Dr Mitchell. He had been contracted to work for two months at Moreton Bay but ended up staying there for the rest of his short life. According to Dr Barton's obituary in the Courier (3 Sept, 1863, p.2), he was ‘one of the most modest and unassuming men who ever filled a public office…benevolent almost to a fault, kind in his demeanor, a thorough gentleman in his deportment, an ardent student, a loving husband, an excellent father, and an ever faithful friend, the Iate House Surgeon of the Brisbane Hospital had claims upon our esteem and respect which few could hope to equal, and none could hope to surpass.’
contact